Who is Nikki Kennett? When I’m teaching workshops I often get asked lots of questions about myself and how I came to working as a circus artist and trainer. I appreciate that circus isn’t as normal to many people as it is to me! So I thought I’d answer some of those questions here and give you some fun examples of shows I’ve been in, past and present.

Q: How did you become a circus performer?

A: I was a competitive gymnast as a child, from age 6-16. I was in the British Championships as a tumbler (backflips and somersaults etc!). I also competed nationally at Sports Acrobatics doubles and trio (being balanced and thrown around and caught by other people!). I lived and breathed acrobatics but I also joined a local youth circus club in my teens and learned to juggle, stilt walk, unicycle, diabolo etc and these skills formed my core base. When at 18 years old I met some circus performers during a gap year between my A-levels and university, I saw an opportunity to continue doing what I absolutely loved as a career. I never made it to university, instead running away with the circus! Sorry mum.

Q: What do you mean by contemporary circus?

A: When I say the word circus many people picture a circus big top tent with all the caravans around it, red nosed clowns, popcorn, sawdust, glitz and big bands all travelling from town to town. This is traditional circus. We still have several traditional circuses’ that tour around the UK. One of my favourites is Giffords Circus, it’s small and really beautiful, it captures the old-fashioned romance and magic of traditional circus and the experience is really intimate. I’d really recommend seeing them if you get an opportunity. These days traditional circus is becoming less common, its tougher to stay viable in todays modern world.

Contemporary circus is the modern version. Often performers have trained in circus schools such as the National Centre of Circus Arts in London, to learn their craft as adults instead of being brought up in a circus family. Quite often shows will have a narrative and characters as well as circus skills, it can be quite theatrical. Instead of touring and performing in a circus big top tent, we perform in theatres, arts festivals, public and private events. You’ll see us in film, TV adverts and even shopping centres. Basically wherever we can do what we love, we will.

Many people have heard of Cirque du Soleil, they are the more famous name in contemporary circus but their high ticket price makes them a pretty high end brand and unaccessible for many people. If you’re keen to see great contemporary circus there are plenty of smaller companies with easier price tags producing beautiful work, don’t be put off.

Look at your local theatre listings, see what outdoor arts festivals are near you in the summer months, many are supported by the arts council to be free for the public to experience in their nearest big town and circus arts companies will be brought in to perform in the streets for everyone to enjoy. I worked as an acrobat predominantly at outdoor arts events in the UK, Europe, Canada and Australia. From Glastonbury festival to the Adelaide Fringe to Kleines Fest im Grossen Garten. It’s still the sector I perform most in with my new work, The Show Globe today.

Q: What is your show?

A: I’ve worked in lots of different shows over 20 years of being a performer. I started with a big outdoor pyrotechnic fire performance company BrightFX. As a circus entertainer you are freelance so sometimes you’ll work with your skills in a bigger group and sometimes on your own in your own show. I toured as a double act for many years doing a comedy acrobalance and tango show, called Strictly Dumb Prancing, we performed all over the world. It was a lot of fun. Acrobalance was always my niche skill. Now my show is a totally unique custom built, interactive walk about act called The Show Globe.

Q: Do you still perform?

A: The quick answer is yes, The Show Globe is very popular. The back story is that I retired from acrobatics in 2012 after an injury during a tour in Oz required several surgeries. I went from Nikki Lucas to Nikki Kennett as I married my partner Tim, a lovely pyrotechnic I’d met whilst performing in BrightFX.  I focused on building this company, The Workshop Company, during my rehabilitation from surgery. I knew I’d still need a performance outlet as well, I live and breath it, so I also created The Show Globe which allowed me to work around my injuries. You can see more about that here http://www.showglobe.co.uk

I now tour this act at events and arts festivals with my husband and our 4-legged friend Hudson in between teaching with The Workshop Company. 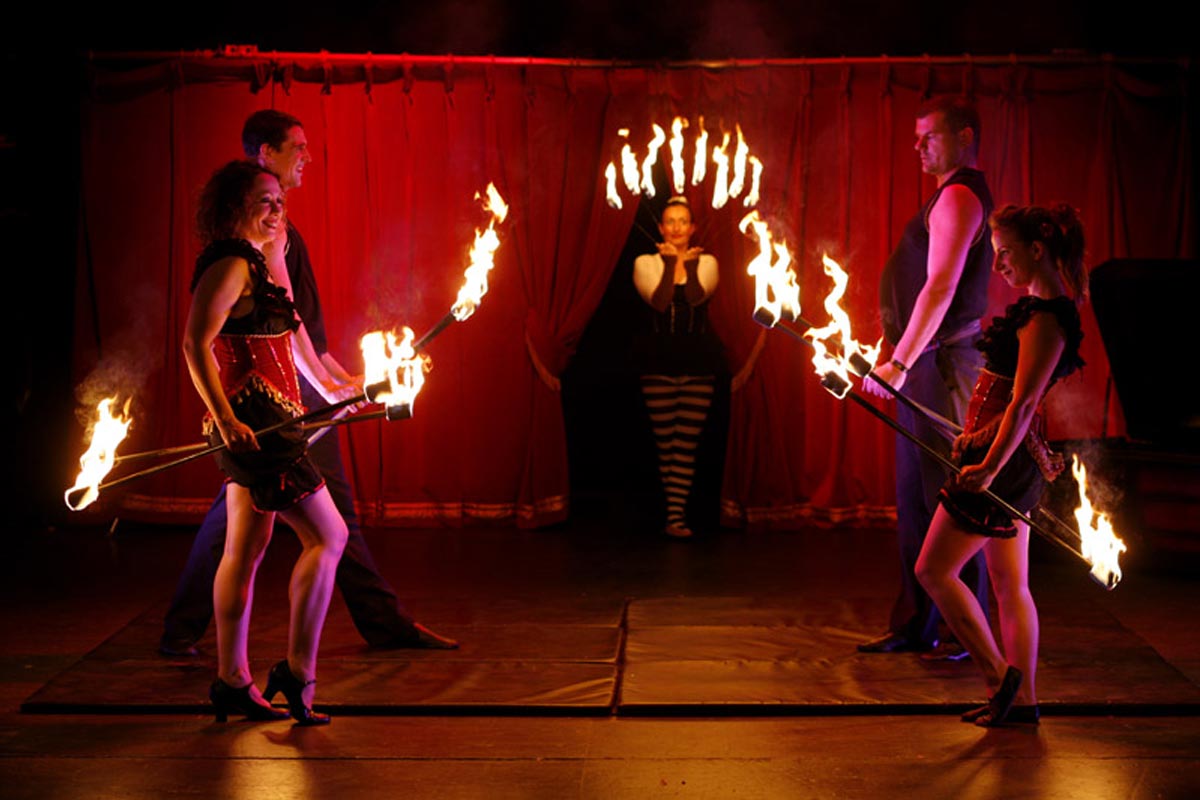 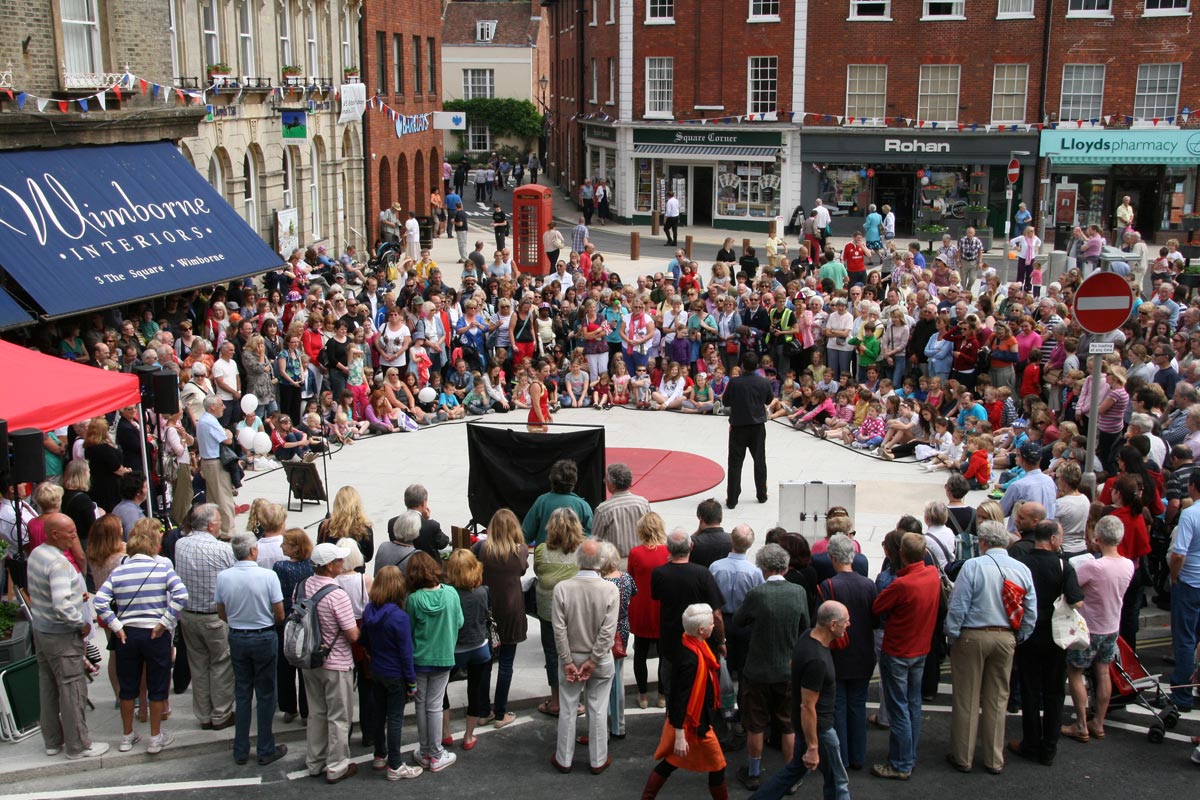 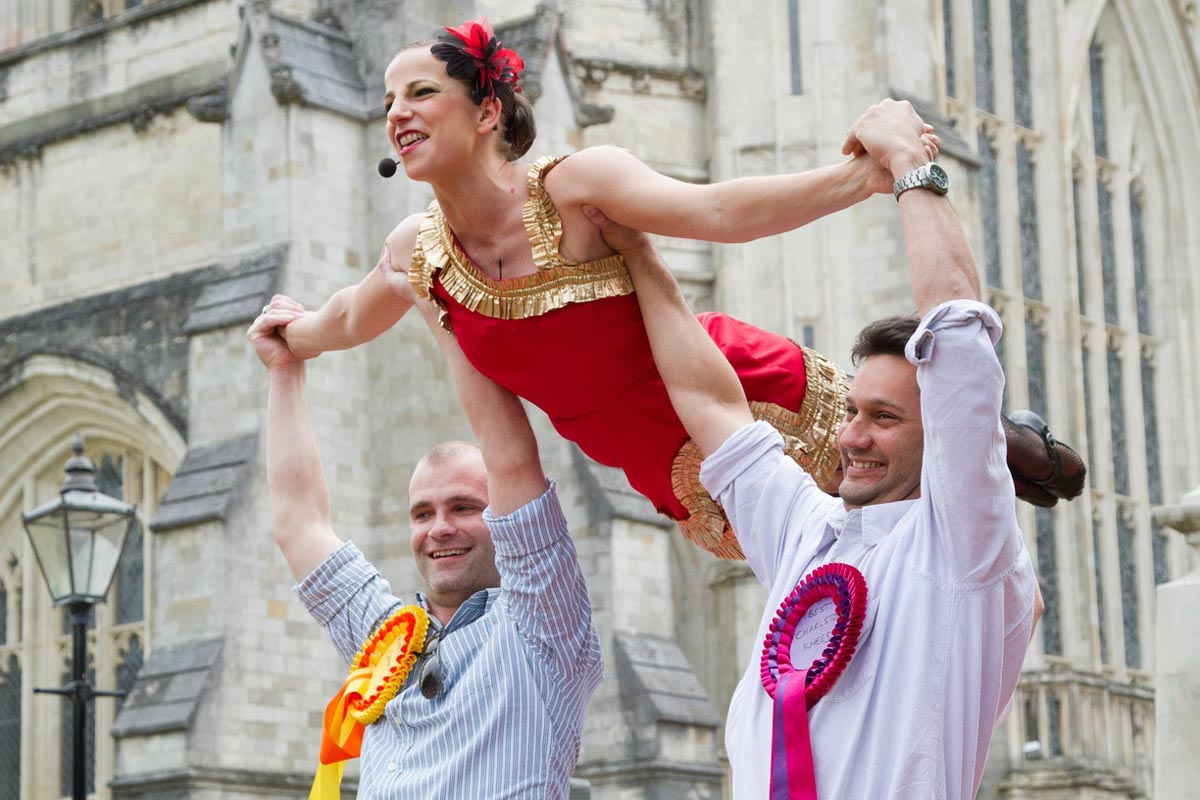 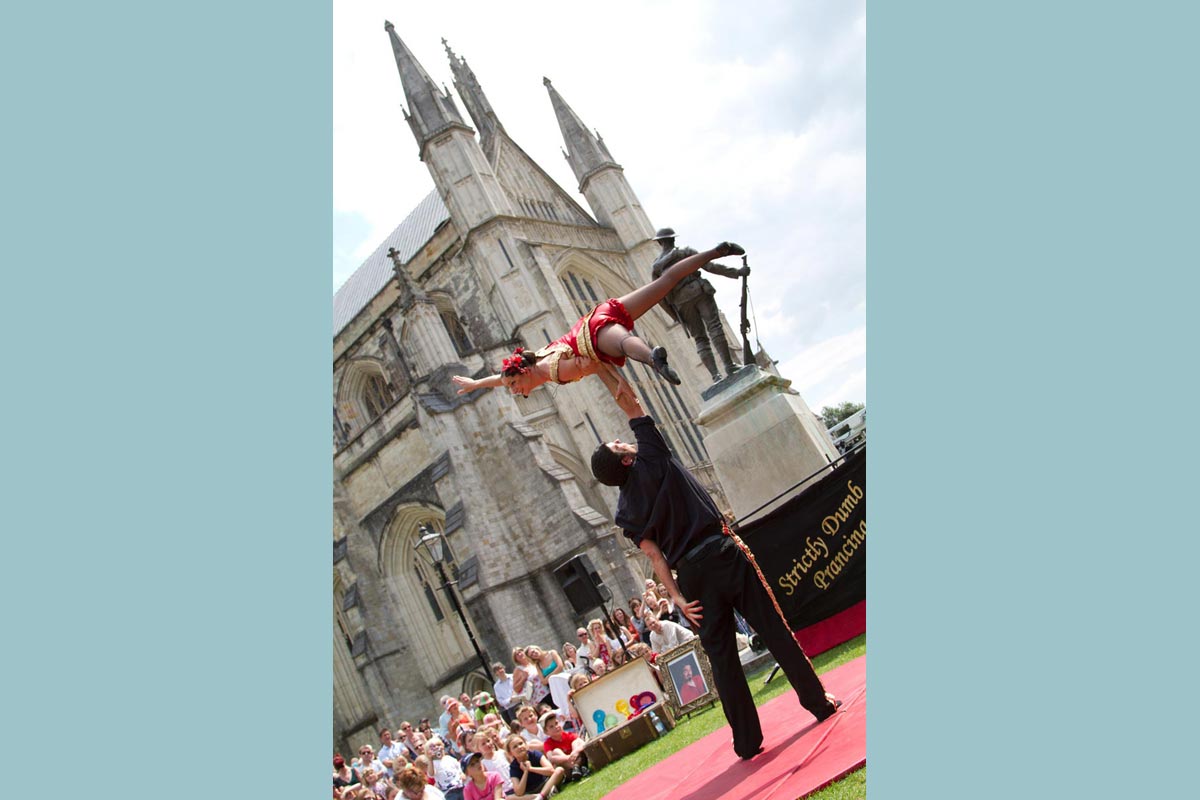 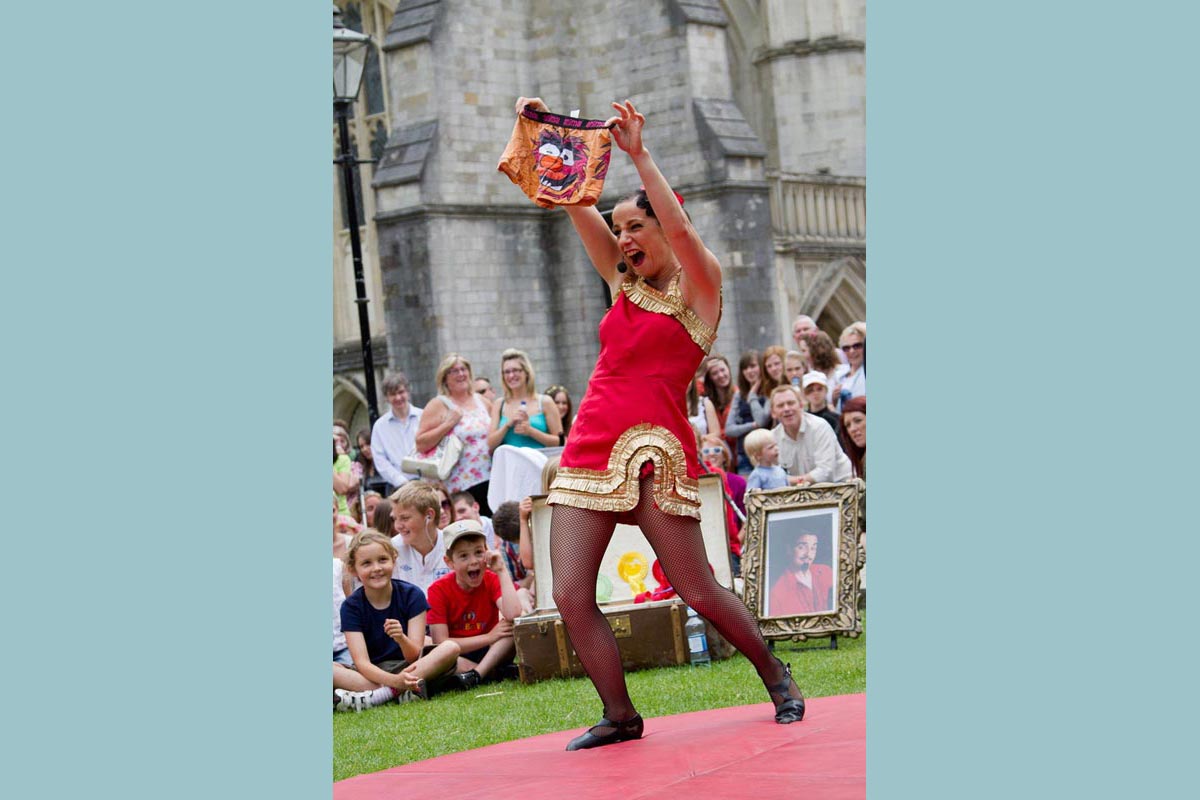 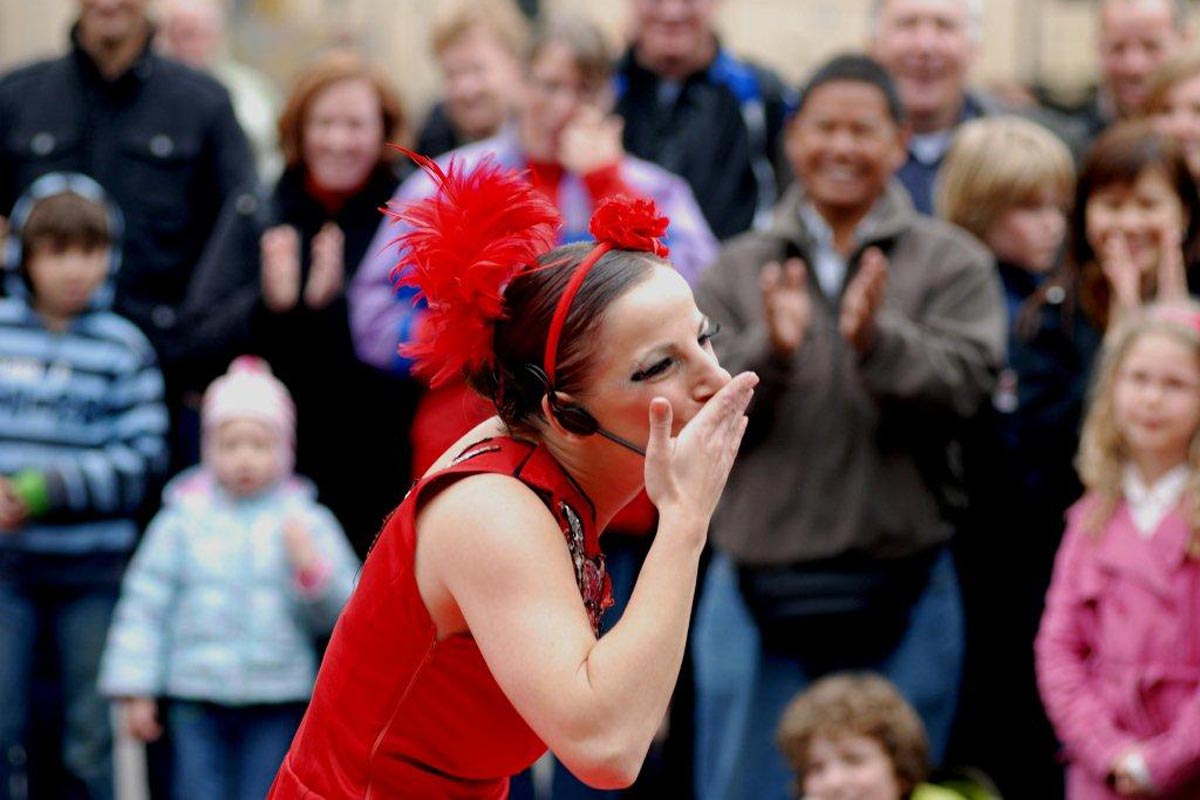 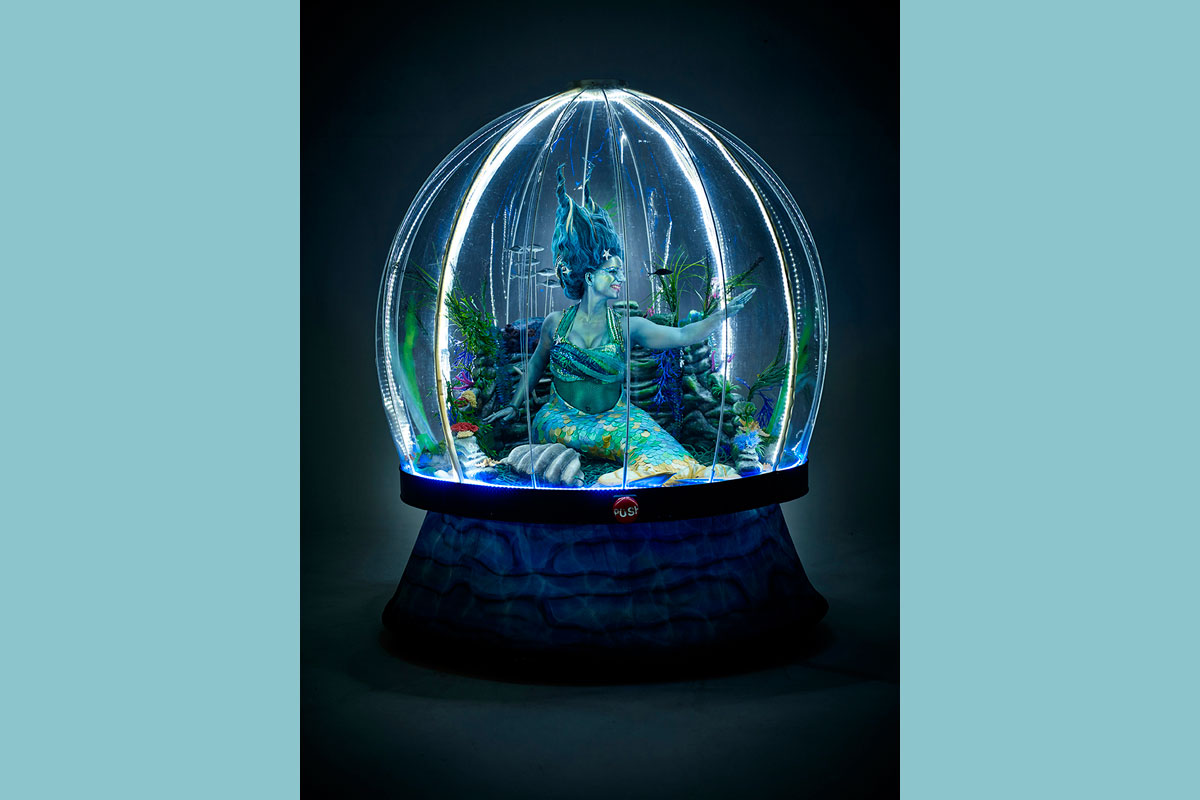 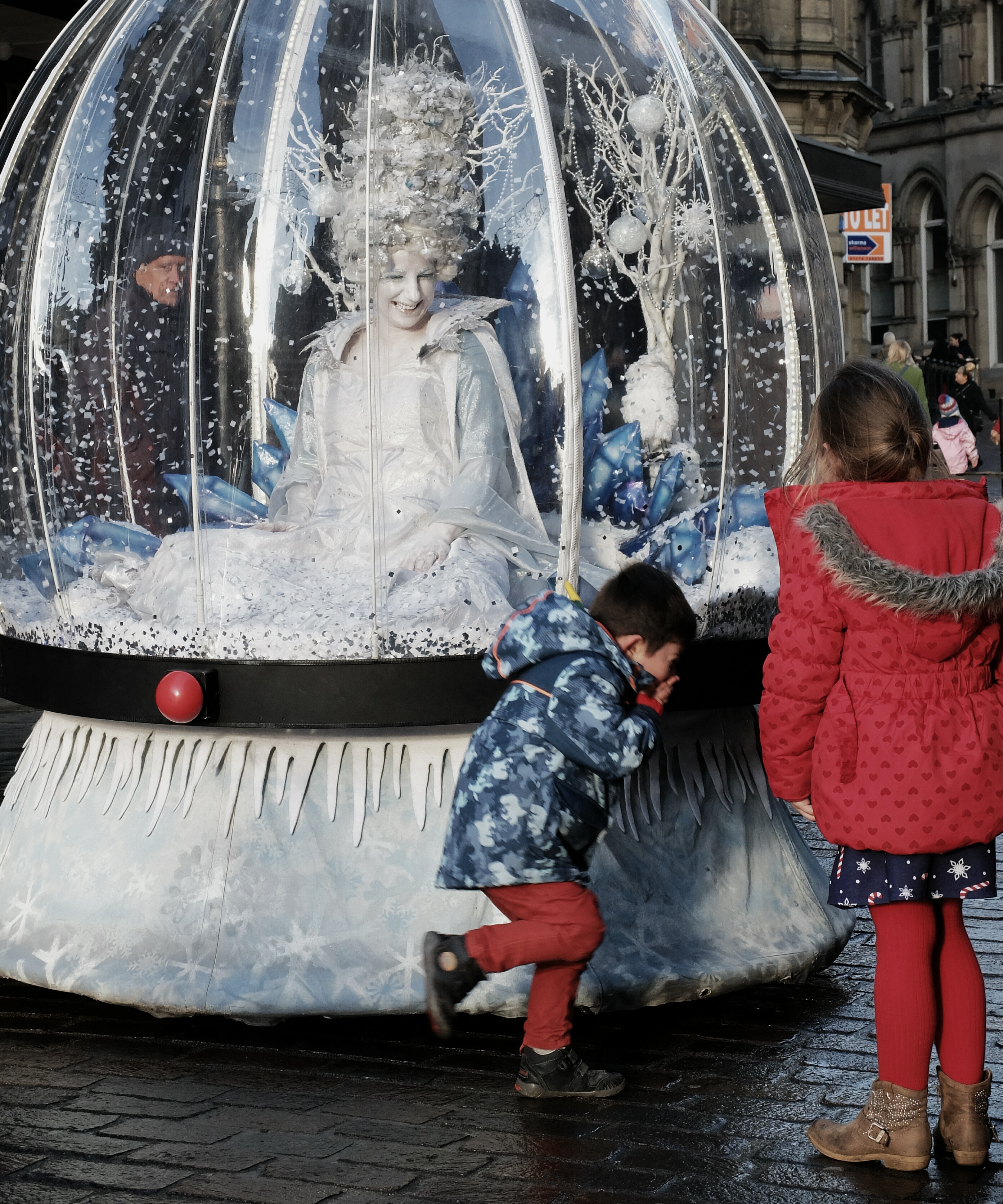 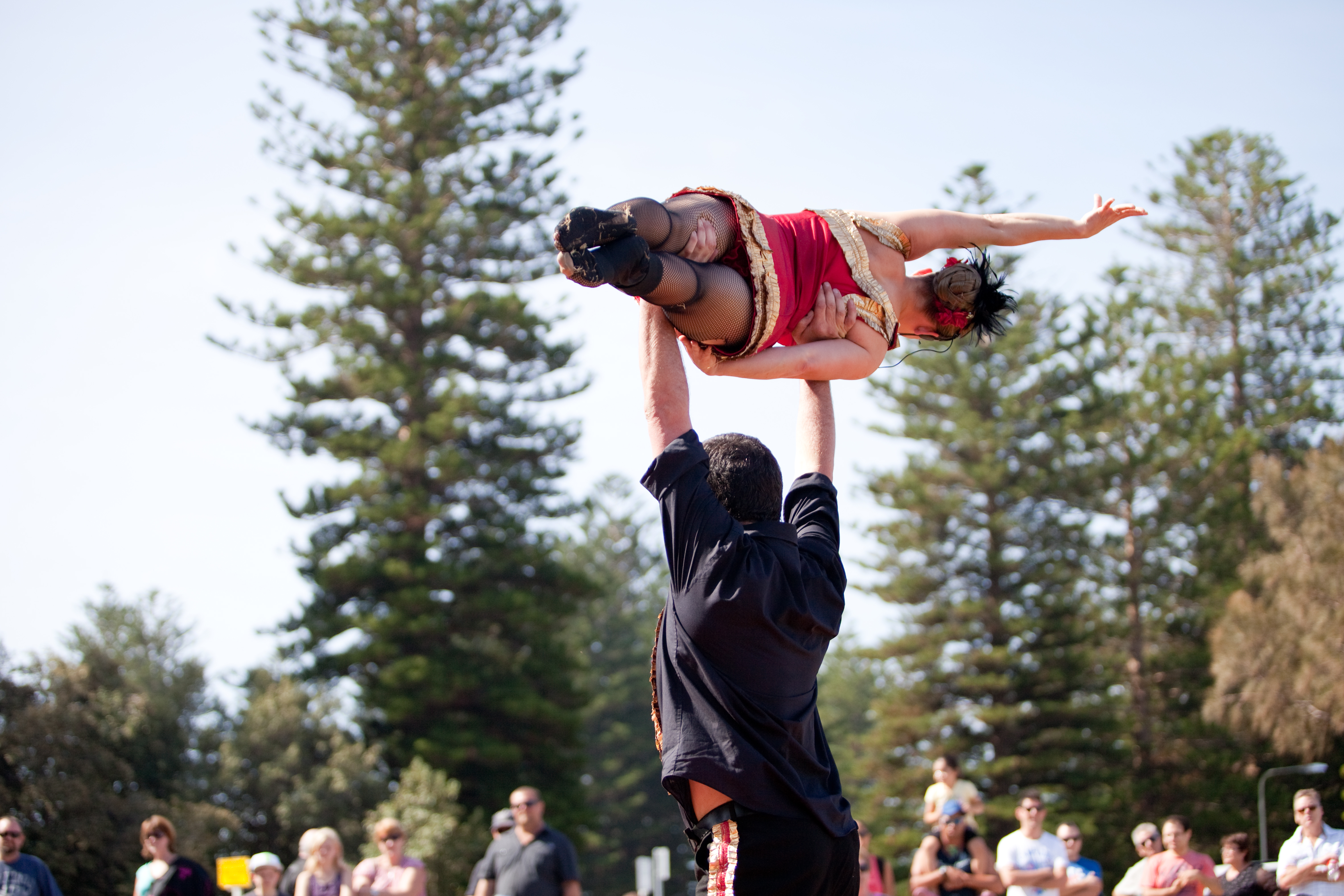 If you have a query or would like to make a booking, please use our online enquiry form or call or email the team.

Find out more or book a workshop Contact us

Sorry, no Tweets were found.

For all Workshop Company enquiries and bookings please contact the team: